Hope of Eternal Life is An Anchor of the Soul 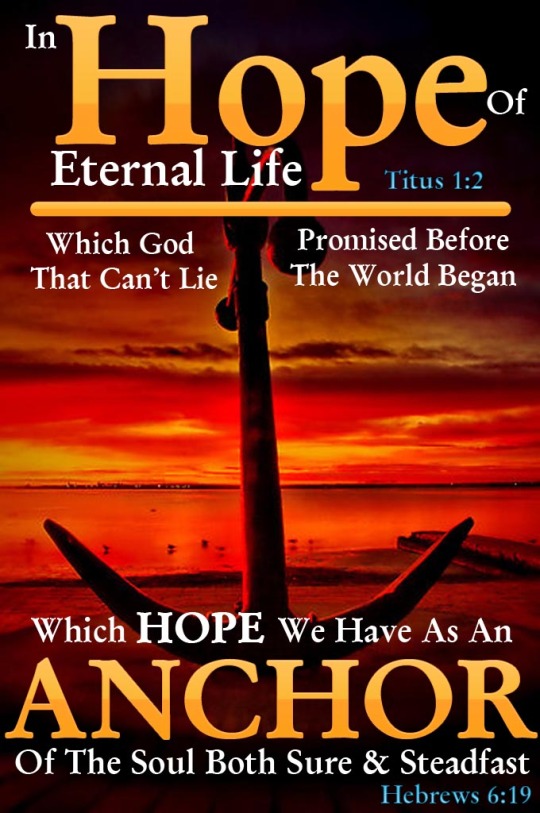 Anchor of the Soul

Anchor of the Soul

How many attempt to circumvent the laws of God with the laws of man’s reasoning, rather than accepting God’s Word as all sufficient. If God gave us partial truth, he in essence gave us partial lies. If God gave us even one lie, then what person among us can determine which part is to be believed, and which part isn’t. If we can’t take God’s Word on a few things, we can’t take God’s Word on nothing. God made it perfectly clear from the law and the prophets, through the writings of the new testament, that He lied not. God made it so adamant that he lied not that he certified it with his oath, and his promise. The truth is, it has never been about the validity of God’s Word, but the ability, and willingness of man to obey it. God’s Word: trust it, believe it, obey it, be saved by it, and gain eternal life; which hope we have as an anchor of the soul, both sure and steadfast.